4 of the best ever internal communication campaigns

Whatever type of campaign is it, from engaging your employees in company updates or corporate social responsibility, to gathering employee feedback or mirroring an external campaign, one thing remains true in all great communication campaigns and that’s delivering a message effectively to get your employees to be onboard.

So, if you need a bit of inspiration on how you can take your next internal communication campaigns to the next level then read these 4 examples below.

Recognised by the Institute of Internal Communication (IOIC) Awards, the Royal Mail Group won an award for their campaign to improve and overhaul their newsletter and magazine called “Courier”. 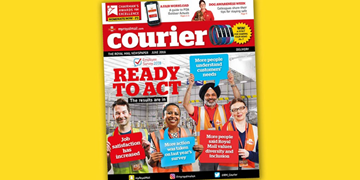 The campaign was to improve the engagement with 150,000 plus postal workers by updating their newsletter to be more accessible, contemporary, exciting and to integrate their channels with new ones. The Royal Mail Group did this by merging their print channels with new digital channels, so employees could access more news and information via their own digital devices. The newsletter style is also more in fitting with the current times and has a slick tabloid-like design that includes ‘newsflashes’ to give employees the facts or news in quick, short bursts, so they are up-to-date with relevant information. You can see their news site here.

The National Health Service (NHS) also won an award from the Institute of Internal Communication (IOIC) Awards for a creative campaign that they launched called #Jabdone.

The goal of the campaign was to get thousands of NHS employees to have a free flu jab to prevent any infections in the workplace and the passing on of an infection to elderly or vulnerable patients.

This campaign was designed to take a light-hearted and humorous approach to an issue that needs to be taken seriously, as according the Guardian “28,189 people died from the illness in 2015”. Therefore, it’s vital that staff receive these jabs to protect others and to prevent the spread of the highly contagious virus.

This well thought out campaign included a mix of different content types from fun, short instructional videos and spoofs to simple imagery and copy, and utilising their social media channels to engage their staff in the flu jab campaign. The messages clearly highlighted the benefits of getting the jab and persuaded staff to have the jabs before their deadlines by using a mix of print and digital channels to get across the importance of it and to explain the misconceptions of the flu jab. 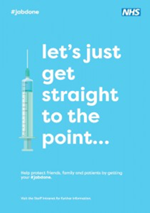 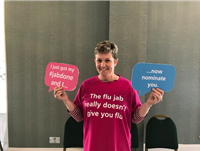 The use of puns, gentle sarcasm and the buzz that the NHS created helped to encourage and include staff in the process. When there really is a buzz and staff feel part of something, no one really wants to miss out… even if it is a small injection. Other staff got involved with the campaign through posting their own selfies with #Jabdone and to encourage others to do it as well. The success of the campaign has carried on year after year, but the NHS has refined and updated content and messaging to make sure it stays relevant, reminds employees of the continual importance and to keep it fresh in everyone’s minds. As a result of this campaign the NHS has seen a vast increase in flu jabs being taken by employees. You can find more details on the campaign here. 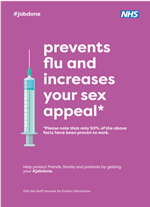 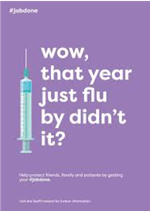 The Aircraft Carrier Alliance (ACA) is an organisation that was setup in 2003 which includes partnering industrial companies such as BAE systems, Babcock International, Thales Group formed with the UK Ministry of Defence. It was set up to build the Queen Elizabeth-class aircraft carriers for the Royal Navy. 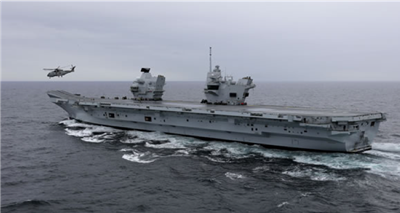 ACA won a ‘CIPR Excellence Award’ for an internal communications campaign they ran to engage their thousands of employees around six sites in the UK by creating an ethos that unites everyone, creates excitement for new projects and historic events and to celebrate and inspire the workforce for their ongoing hard work.

They achieved this by running a successful, integrated employee engagement campaign that began by gathering information and fully understanding their workforces’ challenges, thoughts and expectations. This 12-month process helped to identify the key themes and messages that needed to be amplified to their workforce during and after such a major project of building an aircraft carrier. The internal communications campaign included the use of physical and digital countdown clocks in key places around building sites and digital channels to make employees excited and enthused by the big event of the naming ceremony for the new carrier (Queen Elizabeth).

The campaign also included activities such as:

The campaign leading up to the naming ceremony caused an increase in productivity and employee morale as the whole workforce felt included and part of something special. The event itself was at maximum capacity and the surge of employee engagement has continued and gained momentum post-event through the use of further employee engagement activities. You can find more details of the campaign here.

Waitrose, one of the leading British supermarkets has had one of their internal comms campaigns of using digital software for employee suggestions shared at many public events and media sites.

To encourage more employees to contribute ideas, the Internal Comms team at Waitrose firstly got the workforce onboard by answering the ‘what’s in it for me’ and explaining that their ideas will be listened to and suggestions will be taken seriously. Employees and partners could then submit questions via a web page or app anytime they like. Other people can then comment and like other ideas to share which ideas they are in favour of. It’s all about recognising employees. Ideas that are taken forward are then rewarded through an employee bonus scheme. Sourcing employee ideas is key to business development and no-one knows better than those on the front line. You can read more details about the campaign on the engage employee website and see how just one employee idea can save and make vast amounts of revenue for an organisation.

The anonymity of a tool like Vevox increases employee contributions and overcomes the barriers of having a so called ‘stupid suggestion’ or ‘stupid question’ attached to a person. This can help to not only increase engagement and employee inclusivity, but also to uncover the best ideas from quieter or introverted employees that are too shy to vocalize their opinion.

If you are looking for a brainstorming tool to come up with new campaign ideas why not use a voting and Q&A platform to use as a channel to collaborate on ideas and vote on the best! Word clouds are also a great tool for collecting employee ideas and showing them on screen for everyone to see and discuss.

If you’re looking for further inspiration for internal communication ideas and campaigns, Pinterest can be a good way for exploring different examples or collating them all into one account. Here’s an example that Rachel Miller from AllThingsIC has created on a Pinterest board for Internal Communications ideas.

What are hybrid meetings and how to maximise engagement